A place where powerful thumping baseline is accompanied by a cacophony of treble riffs, and the strange rhythmic beats that seduce your ears from underneath the apple trees is an ideal place for those seeking 'inner peace'.  This is a place  which, as you go deeper into the forests, shows you the picture perfect range of snow capped mountains in the background, and lush green flora-fauna in the surroundings.  This is Himachal Pradesh - where the easy availability of the best quality charas has has made it a favorite among revelers from around the world; a place chosen by some to get lost and find themselves all over again.

Not all who wander are lost

"Follow the music! A brisk trek and maybe a few blocks down, you'll start seeing these ravers- the party freaks- with their tents parked everywhere and their clothes off.  They are easy to spot!".  Many of the 'adventure' seekers come here to forget their worries, to get lost in nature.  The North Indian states, closely guarded by the Himalayas, provide a perfect landing spot for such escapades.  Himachal Pradesh- a place bringing nature, music, drugs, and the revelers together, is slowly becoming one of the favorites. 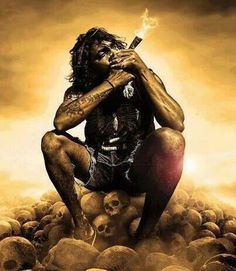 Pic Source: Google Images.
The current Indian generation is undergoing a social transitional phase.  Locals in the area often join in and contribute by organizing parties that serve the psychedelic needs of the wandering souls.  The cheap living standards and a favorable environment to grow and consume cannabis is an ideal location to stay and party for the adventure seekers.  One such party was recently organized by group of young locals and some members of a visiting Israeli group.  Hallucinogens were easily available and the entire valley danced in a state of trance.


We live in a strange world.  The definition of freedom- the difference between what's right and wrong is subtly dictated through age-old social conditioning.  The wandering souls, seeking the unknown are often labeled as outsiders, rebels, mavericks or out castes.  What might be labeled as hedonistic drugs for some, many use it as mere mind expansion tools to seek the mystical; the unknown.  Humans are psychologically wired to give meaning and derive explanations from the world around.  The rave scenes offer perfect setting for the mindful ex-getting lost in the labyrinths of their mind loops is the only possible way to unravel the treasured eternal truth.

Imagine: three days and two nights of carefree-intense dancing to hypnotic-ground thumping music, the sun and the moon in beautiful alterations, the clouds overhead playing hide and seek, the beautiful hugs and the laughter, the surrounding pine trees, the occasional flow of rainfall and the ubiquitous drugs!  The days are spent laughing at the previous night scenes, mingling with the new 'like-headed' friends and preparing for the next night.  It is a common sight to find the party lovers at the local cafes rolling joins sets in, the entire valley ruptures into an ecstasy! 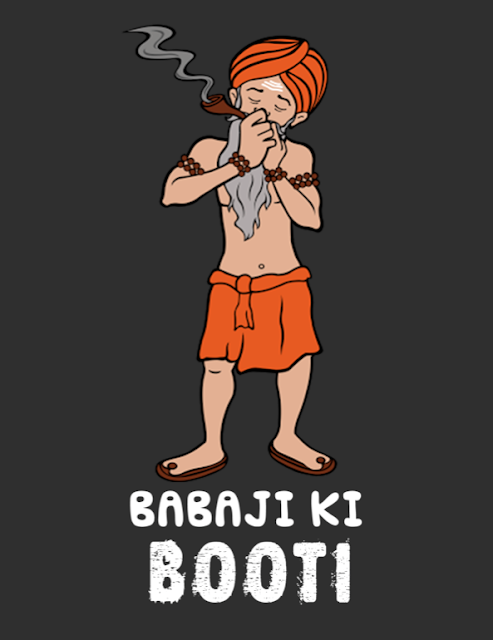 Peace sells, but who's selling ?

"The usage of charas- consumption and cultivation- is normal for the locals, mafias, and distributors.  People want to compromise and thrive peacefully.  But the Police? The authorities? God! Live and let live!," said one of the visitor, distastefully summing up his insights about the ironical rave situations in the mountains.  Some allege that organizers of such rave parties often seek permission from the district administration under the pretext of 'cultural' music and dance programs.  The go-ahead comes with a warning to follow the Supreme Court's guidelines on noise pollution, against collecting money and drug use.  But all the rules are openly flouted when the permission is granted.  In many cases, the excessive indulgence comes at a cost of harming a peaceful and balanced ecosystem.  A huge pile of scattered rubble, damaged flora and fauna, and erratic sound levels are some of the common remnants of  such high-octane parties. 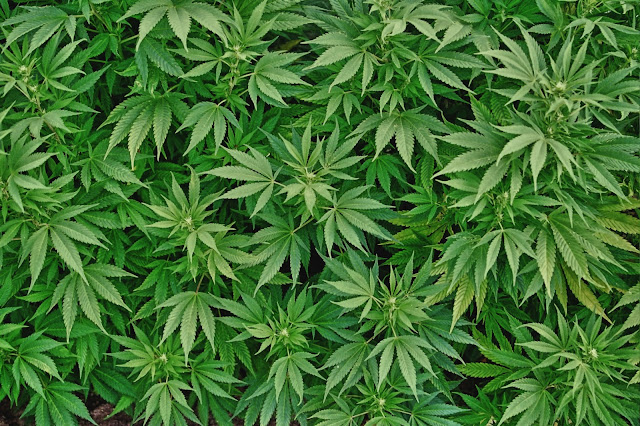 However, it solely lies in the hands of the attendees to decide the fate of any party.  A sensible of mature crowd rarely indulges in obscenity, rather, they take initiatives to unify with the surrounding and contribute towards a collective evolution.  Our actions define the reactions we get.  Many localities blame the outsiders for the evident changes in their surroundings.  The Israelis are the most blamed lot.  Maybe it is their practices that differ from the mainstream Indian culture or their omnipresence in several silent mountain valleys.  Some parts of scenic Himachal Pradesh are virtually turning into Jewish settlements, with a large no of Israeli tourists coming in and settling here.  Signboards in Hebrew are a common sight in these areas.  The beliefs have, however, always been dual sided.

For a major section of the local people, such events are one of the major sources of revenue.  Lack of industries or companies makes tourism one of the most reliable source of income.  Many bamboo-walled establishments cn be seen housing popular Israeli cafes with mattresses and packaged and bottled goodies. Such appealing, hippie-looking cafes have become an attraction for many India tourist too.  Collectively, these have helped sustain an entire generation of Himachali localities, who have learned to thrive on the mass tourism earnings of few months.  An empty cafe is rare during the peak season.

One of the major reasons for the ongoing backlash by the government authorities is the involvement of drugs- the craze, the allure, the abuse, the bounty and the intricate business nuances.  With the recent boom in social media, an irresistible imagery about unknown, unheard of mountain scenes has been etched in the minds of the people, drawing more crowd, who want to experience and answer the mountains call.

Even as the police deny their existence, allegedly, the Russian and Israeli mafia have been taken over cannabis cultivation here, because of the high quality produce in these areas.  The illegal drugs from Himachal Pradesh reach Goa, from there where they are smuggled to other countries around the world.  The foreigners have the option to rent  piece of land for as less as $100 (Rs 6,900 approx.) and cultivate high-grade charas(hash) in large volumes.  This high-quality charas is then transported to different parts of the world.  A tola (10 grams) ofcharas in India would cost around $30 (Rs2100 approx.) whereas, in Amsterdam- also a dry haven for Europe- the same quantity can easily earn up to $80 (Rs5500 approx.).

Not only are the drugs cheap, but accommodation in remote villages of these Himalayan valleys is also easy on the pocket.  A basement of a villager's house can be rented at as little as Rs 500- Rs 1000 a month.  Since the foreigners prefer such kind of accommodation, it be comes difficult for the police to track them down.  Hence, such towns become the ideal locations for rave parties. 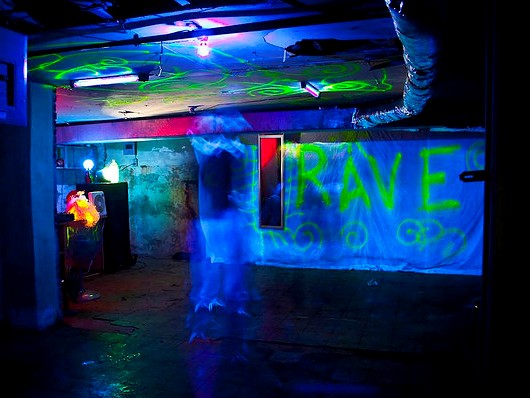 Pic Source: Google Images
Records of Israeli, Russian, Italian, Japanese and Nigerian tourists show that many of them first reach Goa and then plan their trip to Delhi, Manali, and Dharamsala.  Most of the foreigners staying in these towns often arrive on multiple-entry tourist visa which allows them to stay in India for a certain time period at a stretch.  Upon expiry of the stay, the tourists travel to the neighbouring countries ( preferable Nepal), spend a week or two there and re-enter India with a renewed stay period.  This network of drug peddlers has ensured stringent narcotic laws and task force to fight the never-ending war on drugs.

What would be better than experiencing the charas induced trance in a lush green forest without having to deal with the dreaded Indian Summer? The cheap and high-quality cannabis continues to hold an enduring appeal for foreigners.  Some would argue about an invasion of personal space and right to experience and experiment with one's mind.  The current laws are going to prevails as long as a socio-economic factor is involved in this alluring business.  Elaborate chains of drug smuggle are always going to sneak up right under the nose of narcotic authorities.  People are always going to find an alternative for such elusive experiences.  A vicious loop indeed.  As an Israeli youth sitting outside one of these cafes summed up a conversation in his coarse voice.  "After all, each of the outcomes, our future, the planet's destiny- depends on the choices WE make- on the sides WE choose!".

A dense cloud of smoke from his long chillum hit, slowly clear to reveal the words 'RAVEHEART' imprinted across the center of his T-shirt. 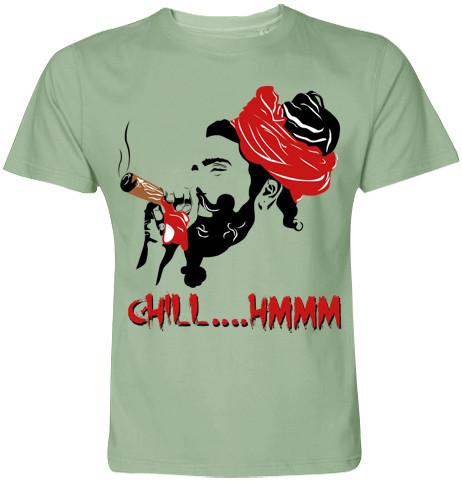